A dilapidated fire station on Louisiana Avenue could be turned into affordable housing and a childcare center, if plans are submitted to New Orleans Redevelopment Authority Receives Final Approval

The proposal was presented Wednesday evening (July 27) during a Zoom public meeting to update the community on ongoing plans for the renovation and repurposing of the disused fire hall at 2314 Louisiana Ave.

Mid-July marked the close of NORA’s development proposal solicitation period, and organizations handmade house and Still Community Development presented their common plans for the site. Their proposal would see the former fire station renovated to become an early childhood education center on the ground floor and seven affordable rental units on the upper two floors.

“One of the requirements of the program is that any development arising from the [NORA-run] The program must create either affordable housing or economic development opportunities in the form of jobs,” said Kyle Gilmore, NORA project manager.

The city leases the property to NORA for a term of 99 years; NORA will then sublet it to a development partner who manages the overall building recommissioning process.

According to NORA, a prize for the sublease will be awarded on August 8 to the winning candidate for the redevelopment. Although many groups have reportedly expressed interest in the property, two organizations have applied for subletting. The proposals were then evaluated by a team of NORA and city employees.

“Three people from NORA and two from the city of New Orleans made the score, and Home by Hand got the highest score. And that’s why we asked them to come and present their plan,” Gilmore said.

Home by Hand is a local non-profit organization that develops newly built energy-efficient homes for low- and middle-income residents. He has developed over 200 homes across the city while providing financial coaching to help clients build generational wealth. 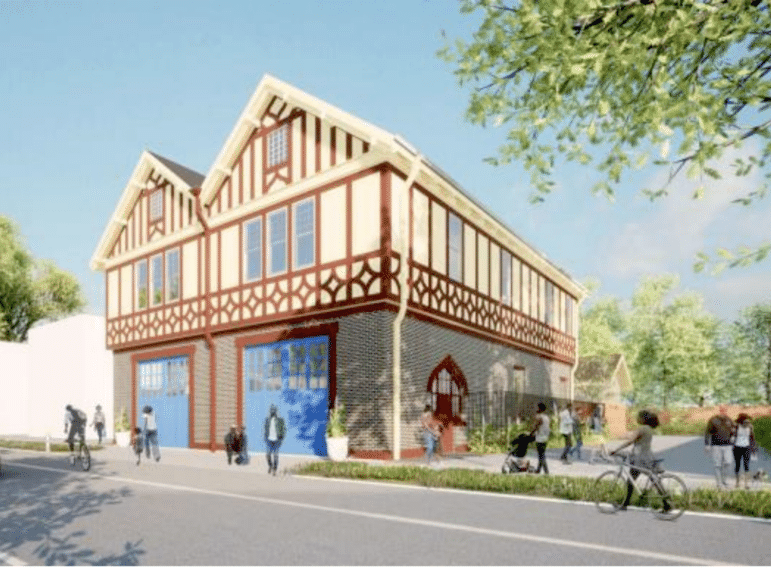 “We are really, really excited to share our collective vision for the fire station property, which includes seven permanently affordable apartments that will operate in cohesion with the ground floor, which we envision as a center of learning for early childhood,” Oji said. Alexander, Executive Director of Home by Hand.

The renovations would involve completely remodeling the interior, restoring the building’s facade, and fitting out approximately 1,500 square feet of outdoor space.

” [The] The early learning center will be used not only by the affordable housing tenants, but also by the surrounding community,” said Alexander.

The New Orleans-based organization agenda for kids, who administers City Seats, states on its website that “it is estimated that 70% of low-income children under the age of four do not have access to quality preschool education.

“We know what the impact of this will be, the impact is that [lack of early education] perpetuates racial inequality across generations,” Leit said.

“During this bidding process, we talked to people and suppliers. We spoke to entire networks that are involved in supporting these child care operators. What we learned is that they are expected to create new facilities or expand and improve existing ones,” Leit continued.

The number one concern for operators is zoning. Early childhood centers are not permitted in many areas of the city. However, the zoning of the barracks Is provide child care.

And concern No. 2 is the lack of affordability in the local real estate market, Leit said.

Leit said Alembic has spoken with potential operators for the education center, but because their team hasn’t officially secured the space, those discussions have been preliminary. Leit declined to name specific organizations. 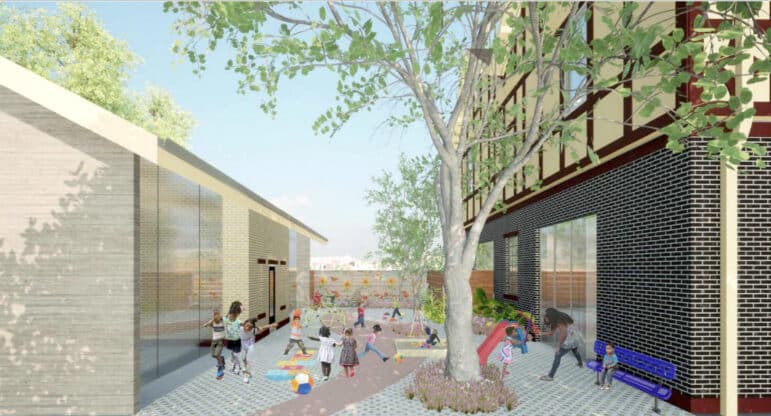 An outdoor play area and a rear auxiliary building are planned for the early childhood centre.

All upstairs apartments would be designated as affordable units for residents whose income is below an income threshold based on a percentage of the area median income (AMI).

Early shots of the space show two-story apartments with kitchens and living areas on the second floor of the building and loft bedrooms on the top floor. The planned units will not be wheelchair accessible.

The development team appointed Central City-based Studio Kiro as the architect for the project. Studio Kiro is also the architect of a large-scale historic renovation nearby, the Dew Drop Inn on LaSalle Street. CDW Services will be the general contractor.

After the presentation, the meeting hosts opened the discussion for questions.

Other parking-focused questions. Although the property does not have off-street parking, the development team plans to work with the Department of Public Works to create a designated frontage for deliveries as well as child care drop-off and pick-up.

On August 8, NORA’s Board of Directors will make the final decision on awarding ownership to the winning proposal.

The development team will then work through the fall to secure funding for the project, which will likely include historic federal and state tax credits and low-income housing tax credits, as well as funding from the city and philanthropic sources.

Construction is expected to begin next year, with an expected completion date of 2024.

Journalist Jesse Baum can be reached at jesse.blacktree@gmail.com.