Shalleck-Klein, now an attorney with the Bronx Defenders, said he was drawn into the practice of family defense by the injustices and lack of due process that families face in family court.

Even people who work in criminal justice are shocked when they see what happens in family court.

Lawsuits in these areas have resulted in significant changes. For example, a class action lawsuit brought by the Center for Constitutional Rights helped curbing the practice of stop-and-frisk in New York in 2013. A filing by the American Civil Liberties Union in 2018 led to the end of the The Trump administration’s child separation policy.

But families involved in the child welfare and family regulation system, where they risk being separated from their own children, have missed a champion, Shalleck-Klein said.

An organization launched this week in New York will seek to fill that void.

The organization will pursue lawsuits targeting aggressive practices by child protection agencies, such as removing children from their families without a court order and entering and raiding homes without permission. Other lawsuits could tackle the delays in family court that often leave foster children languishing.

The general idea is to file affirmative lawsuits, including class actions, to obtain damages for those harmed by the welfare system, but also to obtain injunctions and effect change.

In a statement accompanying its launch, the new nonprofit bills itself as “America’s first civil rights organization dedicated to prosecuting child services and other government agencies that unlawfully separate children from their parents”.

According to estimates by the US Department of Health and Human Services based on data collected in 2020, approximately 400,000 children are currently in government care through the foster care system. About 45% of them are black or Latino and 43% are white.

In New York, investigations of child neglect or abuse are concentrated in poor neighborhoods with a higher density of black and Latino families.

About 23% of the city’s children are black. But black children make up about 56% of children who are removed from their families and placed in foster care, according to data collected by the New York City Administration for Children’s Services during the financial year 2019.

Only about 10% of investigations by child protection agencies are triggered by allegations of physical abuse. The vast majority of children who are taken from their parents and placed in foster care do so as a result of acts of neglect.

But neglect often boils down to poverty-related issues, such as substandard housing, lack of childcare, malnutrition and inadequate clothing, according to the group.

This whole system doesn’t do what it’s supposed to do. It hurts families more than it helps them. 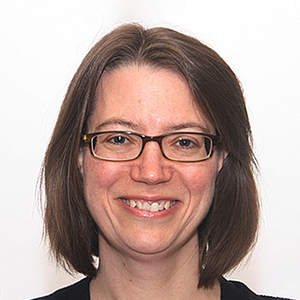 Child protection agency workers have “emergency power” they can use to remove children from their parents when they see a risk to the children’s safety.

Following the removal, an agency files a petition against the parents, who are required to appear in family court for “admission” – the equivalent of an indictment in criminal court. The agency often asks the court to place the children in foster care. Other times, the agency works with the family and the court to find alternatives to foster care.

For example, an adult who is presumed to be the person who caused the harm can be removed from the home through a family court protection order, and the child returned to the non-responding parent. Other times, another guardian, such as a parent or grandparent, might take temporary custody of the child, the Children’s Services Administration said.

According to ACS data for 2021, in 83% of cases presented at the initial hearing following an emergency removal, the court temporarily placed the child in a foster family or another person who take care of him.

But judges often approve emergency remands at those initial court dates because they’re overloaded, only to end up overturning their orders at subsequent hearings after more carefully reviewing the evidence, Shalleck-Klein said.

Overall, a significant portion of emergency moves are legally questionable and a potential liability for ACS, he said.

“When this happens illegally, it creates incredible harm and trauma for the family,” Shalleck-Klein said. “And that’s part of what we plan to do in court.”

In 10% of emergency removals in 2021, the court returned the child to the parent involved in the neglect or abuse allegation, with court-ordered supervision and other protective orders in place when the initial hearing, ACS said.

A spokesperson for ACS told Law360 in an email that the agency is “committed to meeting the needs of children and families” and said its policies over the past five years have contributed to a 36% reduction in the number of children placed in foster care. , which is now at an “all-time low” of 7,111 children.

“We continue to develop new ways, in partnership with government and community organizations, to keep children safe at home while fulfilling our legal responsibility to keep New York’s children safe,” the gatekeeper said. -word.

ACS said that in the vast majority of its investigations, children are not removed from their homes. Less than 2% of child protection investigations in 2021 had an emergency withdrawal, the agency said.

A report published in the Journal of Law and Social Change from Carey Law School at the University of Pennsylvania shows that even short-term parental withdrawal can inflict lasting harm on children.

“Removal strips the child of ties to biological parents, siblings, extended family, friends, and often school. It abruptly disrupts their attachment to their primary caregiver, and it plunges the child into a foreign system: foster care,” the report said. “The experience of removal and placement in foster care traumatizes children in complex ways.”

Martin Guggenheim, co-director of NYU’s Family Defense Clinic and one of the academics on the advisory board of the Family Justice Law Center, called family separation “the most pressing, yet most underfunded and most underfunded civil rights issue.” misunderstood in our time.

“Under the guise of helping, the child welfare system terrorizes and destroys families in poor communities of color,” Guggenheim said in a statement.

Many Americans were shocked to learn of the Trump administration’s policy of separating unauthorized immigrant children from their parents at the US-Mexico border, he said. For lawyers like Shalleck-Klein, this clash has become routine.

“Children’s deep and heartbreaking pleas to return to their parents were nothing new to families impacted by the child welfare system, or to those of us battling in family court in name of the parents to prevent the removal of their children,” he said. “We’ve seen these types of unnecessary moves, and the screaming that frequently accompanies them, in our own city of New York.”

According to Shalleck-Klein, emergency referrals, which present possible violations of due process under the Fifth and Fourteenth Amendments, represent only a portion of the cases in which the Family Justice Law Center would prosecute.

Cases in which welfare agency workers enter people’s homes without judicial authorization, potentially in violation of Fourth Amendment rights, are another area the nonprofit expects to be active in. . Added to constitutional claims are claims and torts based on state law, such as inflicting trauma and emotional distress.

Shalleck-Klein said only 1% of investigations in which ACS enters homes are supported by court orders.

Christine Gottlieb, who co-directs NYU’s Family Defense Clinic and is another advisory board member for the Family Justice Law Center, told Law360 that the creation of the nonprofit is part of a larger movement. which seeks to change the way government agencies protect children and interact with families.

“This whole system doesn’t do what it’s supposed to do. It hurts families more than it helps them,” she said.

Gottlieb said temporary family separations are sometimes necessary, but government agencies use the practice routinely and without judicial oversight.

“What the Family Justice Law Center does is talk about process,” she said. “The most horrible thing a government can do is to separate a child from a parent. That doesn’t mean it should never happen. But it does mean it should only happen when absolutely necessary. “